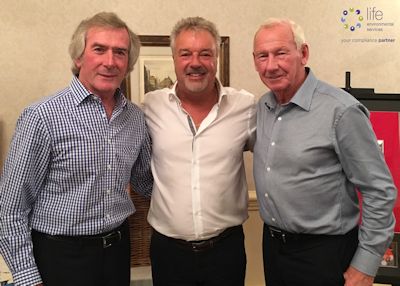 The 2016 Golf Day saw Lee Ashdown win both individual player, as well as a raffle prize winning his own weight in beer.  The winning team, Environmental Essentials, were victorious on the day.

The Hanbury Life Golf Day comes hot on the heels of the five day Willow Senior Golf Classic, also at Hanbury Manor which saw professional golfers from around the world play alongside amateurs on this spectacular course.

Willow Life President and Co-Founder said, “Without the support of people like Chris and Steve, and prestigious Club’s like Hanbury Manor, Willow simply couldn’t provide the hundreds of Special Days it does each month.  Thanks to their commitment to the cause, we will help transform the lives of young adults living with life threatening conditions at a time when they need it most.”